Your Health
Your Wellness
Your Care
Real Women, Real Stories 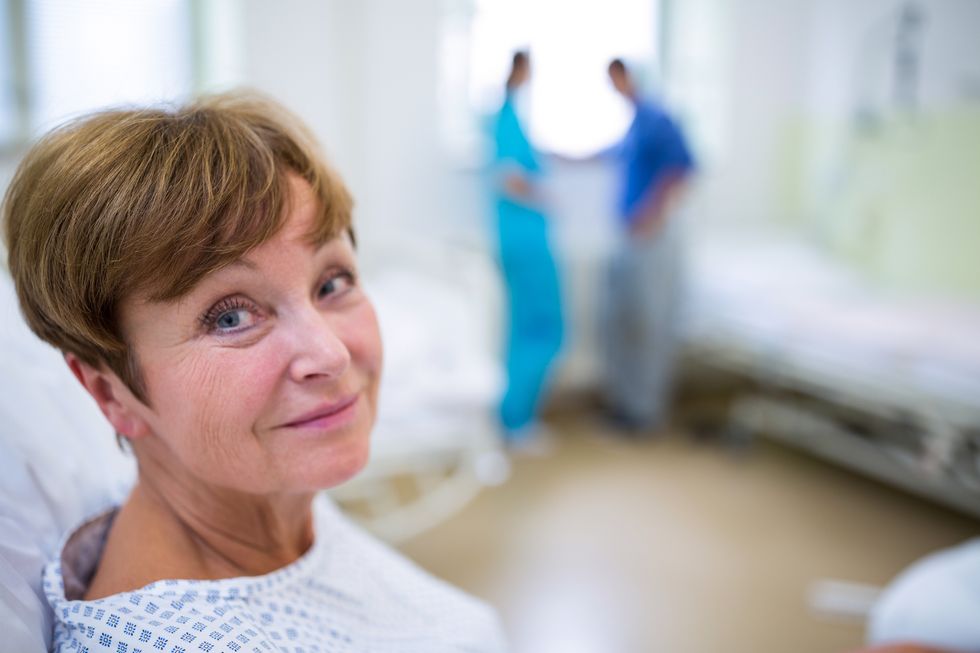 A large study has confirmed what many public health experts have long believed: Colonoscopy saves lives.

The study looked at roughly 25,000 patients in the Veterans Affairs (VA) health system, where colonoscopy is widely used. The VA views it as the main screening test for patients aged 50 and older who have average odds for developing colon or rectal cancer.

Read More: I Never Thought I needed a Colonoscopy Until This Happened

Those who died were significantly less likely to have had a colonoscopy, the study found.

A comparison of screening histories over about two decades found that "colonoscopy was associated with a 61 percent reduction in colorectal cancer mortality," said study author Dr. Charles Kahi.

Kahi is gastroenterology section chief with the Roudebush VA Medical Center in Indianapolis.

The U.S. Centers for Disease Control and Prevention recommends everyone between the ages of 50 and 75 get screened for colon cancer. Those at high risk—including those with a family history of the disease—should be tested even earlier, the CDC advises.

Screening can take several forms, including stool tests; a lower colon exam called flexible sigmoidoscopy; and even a "virtual" colonoscopy that relies on X-rays to scan the entire colon.

But many public health advocates favor a full colon exam, or colonoscopy. For the test, a patient is typically sedated and a doctor inserts a flexible, lighted tube to examine the entire colon. If found, growths called polyps can be removed during the procedure.

Read More: How to Prepare for a Colonoscopy

Between 11.5 million and 14 million Americans have a colonoscopy each year, according to the study team.

The new study focused on patients aged 50 and older who were treated at VA facilities between 1997 and 2010.

The investigators found that a colonoscopy reduced the risk of death from right-sided colorectal cancer by 46 percent and left-sided cancer by 72 percent, equaling a combined drop of 61 percent.

"These findings are important at several levels," Kahi said.

For one, the study shows that the quality of care within the VA system—the nation's largest—"is at least as good as other health care settings," despite recent concerns, he suggested.

But more broadly, Kahi noted, the finding removes any doubt as to whether a colonoscopy can effectively reduce cancer deaths.

The answer, he said, "is an unequivocal 'yes.'"

Both points were seconded by Dr. Andrew Chan, an associate professor of medicine at Harvard Medical School who reviewed the findings.

"I am not surprised," Chan said. "The results confirm an already substantial body of data supporting that colonoscopy is associated with a substantial reduction in risk of colorectal cancer."

The results provide reassurance that colonoscopy is an effective screening tool for patients in the massive VA health care system, he explained.

"And it is clear that we need to improve the performance of colonoscopy in the prevention of cancers that arise in the right side of the colon," he concluded.

"This will likely require a focus on ensuring that patients undergo an optimal bowel preparation for the procedure and the physician performing the procedure does a high-quality exam with a focus on careful inspection of the entire colon," Chan said.

Kahi and his colleagues published their findings online March 13 in the Annals of Internal Medicine.

Colorful Sweets May Look Tasty, but Some Researchers Question Whether Synthetic Dyes May Pose Health Risks to Your Colon and Rectum

Signs You Should Get a Colonoscopy

Tips for a Better Colonoscopy